Laugh Your Mask Off 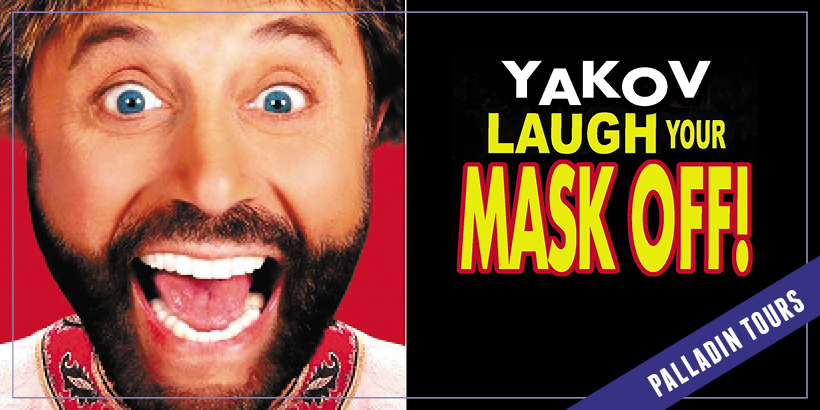 Yakov Smirnoff will make you Laugh Your Mask Off as he arrives to the Seneca Niagara Stage! America desperately needs a laugh and Yakov Smirnoff the King of Comedy, is the man to Make America Laugh Again!  His hilarious take on all things American, and his humorously heartfelt observations on life and love, and the joys of navigating the ups and downs of both, have kept Yakov on our comic radar for years.  We first fell in love with this charming Russian immigrant back in the 70s and 80s when he dominated television talk shows with his stand-up comedy, and then stole the movie spotlight from huge artists like Jack Nicholson, Tom Hanks, and the late and much-loved Richard Pryor and Robin Williams.  His movie roles include Brewster’s Millions, Moscow on the Hudson, The Money Pit, and Heartburn. On television, he had a recurring role on Night Court. When the Famous Comedian says, “What A Country!” You’ll feel like standing and cheering for the Red, White, and Blue! Yakov says, “My fellow American I promise to bring you plenty of love and laughter during my show in Niagara.”